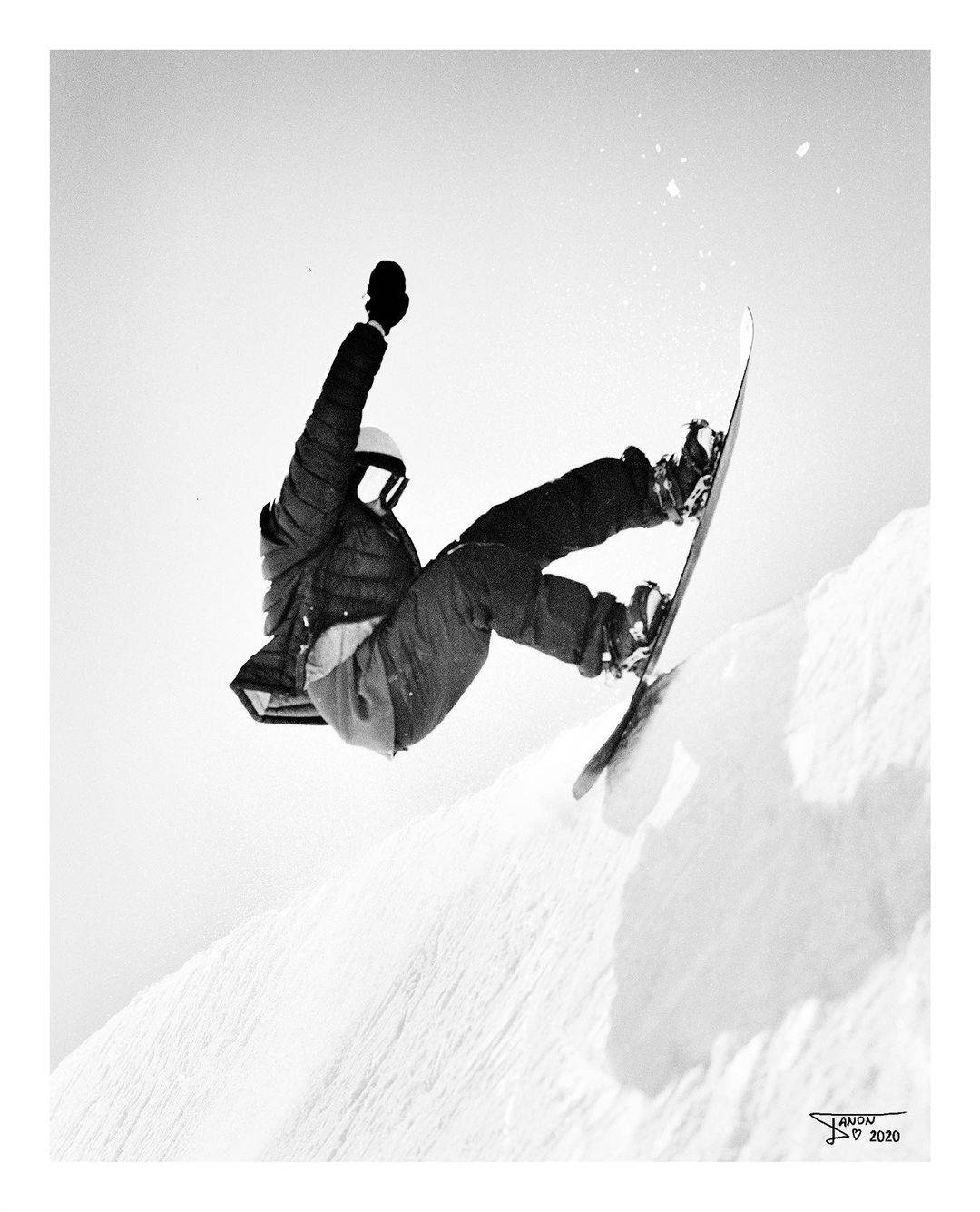 Yuki Team rider Crystal Legoffe was recently featured in French photographer Jérôme Tanon's new book 'HEROES', a photo project about the unique women in Snowboarding dedicated to their passion for the sport they love. A successful crowdfunding campaign earlier this summer helped to bring‚ 'HEROES’ to life as large-format hardcover-book, which was released on Oct 13th, 2020. Additionally, the photo project will go on an exhibition tour with first dates scheduled for this autumn and more to follow in 2021.

We had a chin wag with Crystal about her experience with the project, the role women play in snowboarding and what to expect from the future.

What’s been happening? How’s summer been?

What hasn’t happened this summer? I got back to Canada right before they shut the border which was super lucky! After BC went on lock down there was so much uncertainty, my house mates all went home and left myself and partner to sort out how to pay rent or what to do. After that the North West was in a smoke screen. It’s been pretty crazy to say the least! it snowed today so I guess everything's all right now :)

So, for those of us playing at home can you tell us about 'HEROES'?

HEROES is a film photo project produced by Jerome Tanon (the creator of the eternal beauty of snowboarding, if you haven’t seen it.. You need to!) Jerome is a fantastic photographer who decided to make something to exclusively showcase women in snowboarding, because so many amazing athletes don’t get the same amount of media attention as male counterparts. This book not only includes photos of rad women, but also their stories and artwork.

How did you get involved?

It was maybe the second day of Miss Superpark at Woodward Eldora, I saw Christy Prior hiking the pipe with some photographers and I wasn’t really doing anything that morning, and any chance to talk to Christy is worth taking! I ended up slashing the pipe wall and the photographers (including Jerome) asked me to do it again. I chatted to them for a while and then over the rest of the event Jerome took a few more photos and kind of surprised me by saying he wanted to include me and some of my art in the book. - Thanks Jerome <3

It’s pretty epic to have such a great quality book produced and amazing to see the snowboarding community come together to support making this happen, how does it make you feel to be part of that?

Dude, it is insane to be included in a book with so many people I admire, I don’t think I’ll ever fully accept that I’m included. Gratitude, shock, and love are the best words I can use to describe my feelings.

Have you got a copy of the book yet?

I GOT TWO. It is huge and makes any surface look 20x better.

How important do you think it is to have these kinds of projects that put a spotlight on women's snowboarding in particular?

I think highlighting any minority in any activity is great. In my opinion the snowboarding community is making great progress to break down race, sex and identity barriers, and we all know the world needs more love and inclusion. 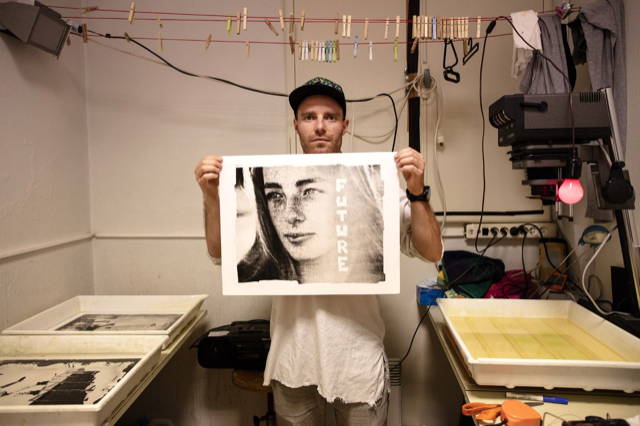 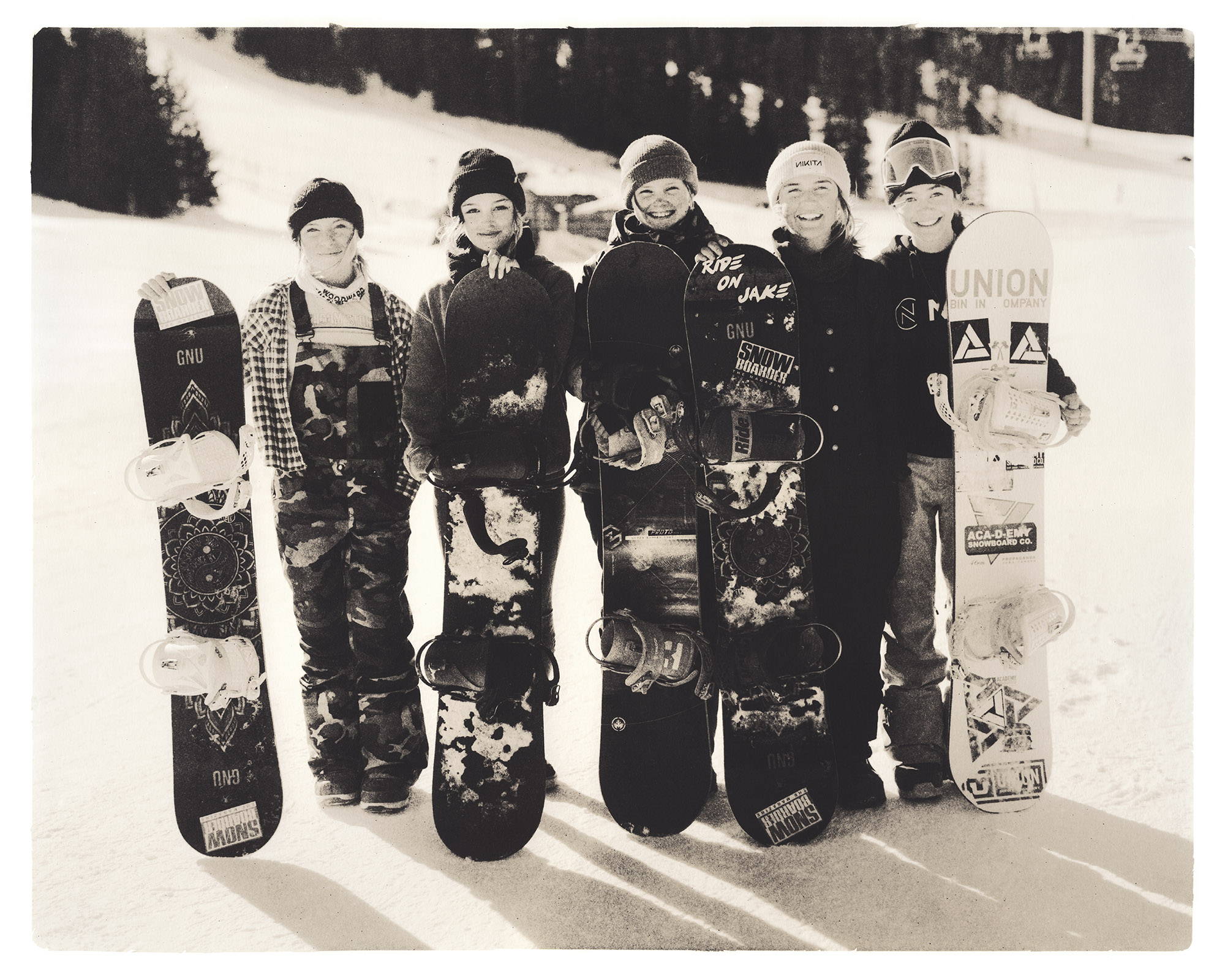 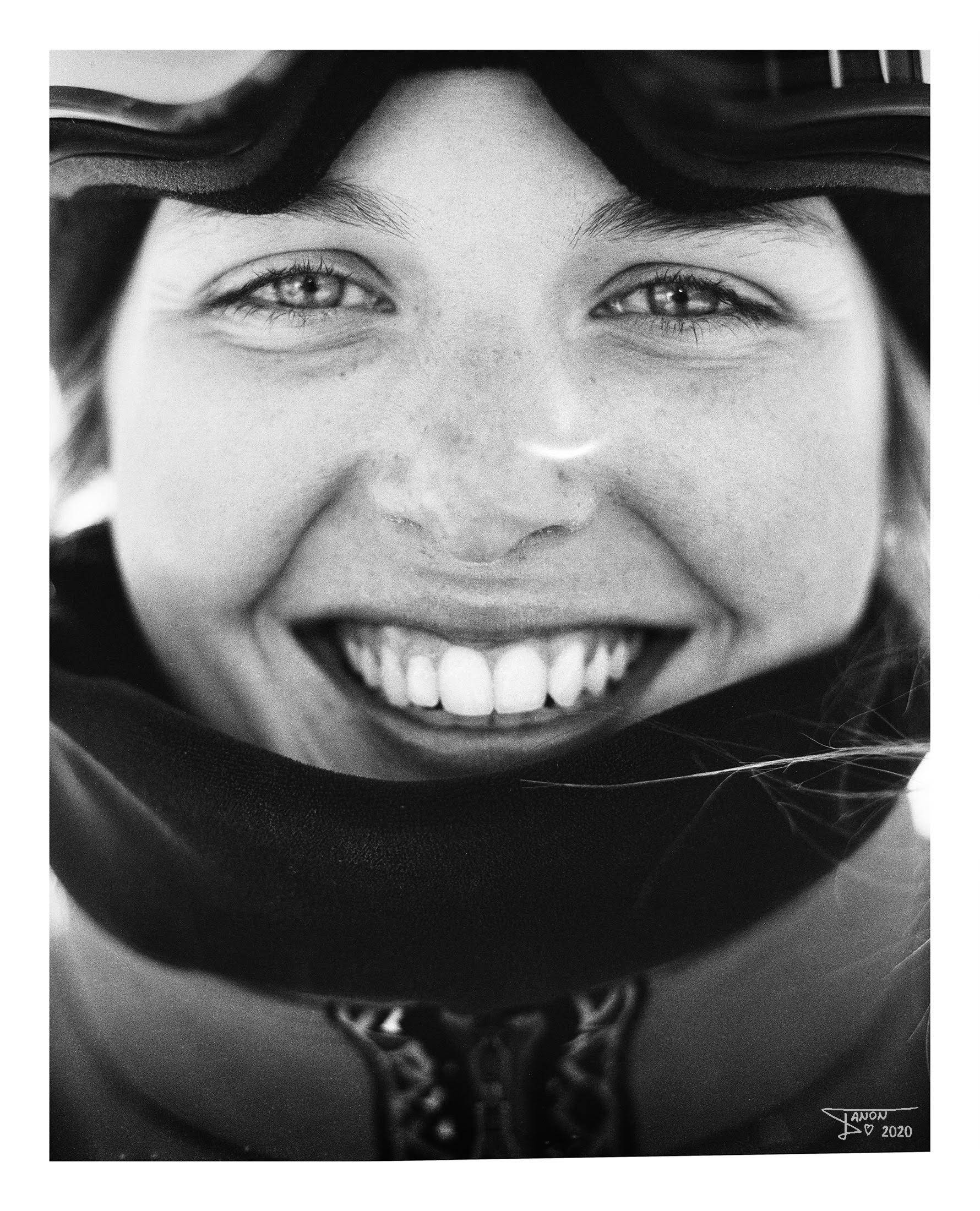 What was the best part about the project for you?

Jerome kept everyone really involved and always shared updates about how the book was doing. He’s just a really rad dude and I’m so glad I got to meet him.

Out of all the amazing women is there one or two that really stand out as inspirations for you? If so, who and why?

OH BOY. Tess Coady, Christy Prior, Jess Kimura, Zoi Sadowski-Synnot, Miyon Yamaguchi. All of these women drip style, and for me making a trick look good is the best thing you can do. So thank you to all of you, for hyping me up in person or the internet. Also special shoutout to Tess for coming back so strong from a knee injury and being so kind to me from day one. You’re a good dude (lady) and always making me hungry to learn more, so thank you.

Keep doing what we’re doing but more. I’d really like to see more balanced video parts, equal or closer to equal men and women in videos. Also equal pay and sponsorship packages to go with that.

Do you have any advice for women getting into snowboarding that might like to get after snowboarding in a more meaningful way rather than a few trips on the weekends here and there?

YES. Watch snowboarding, video parts, instagram, whatever just watch good snowboarding. It could make you better, and maybe you’ll learn something, at the very least you’ll have a good time. Also, take time to learn the foundations, you need solid building blocks or everything else will be sketchy.

What’s on the cards for this winter? Anything cool we should look out for?

Well I’m going to Whitehorse, Yukon next week for a month to do some riding at my home resort! After that I’ll most likely be around BC for the winter unless a miracle happens and I can go to Japan. Ben and I, along with some friends will be filming some sort of bi weekly or monthly videos so stay tuned for that!!!

Dude, it is insane to be included in a book with so many people I admire, I don’t think I’ll ever fully accept that I’m included. Gratitude, shock, and love are the best words I can use to describe my feelings... 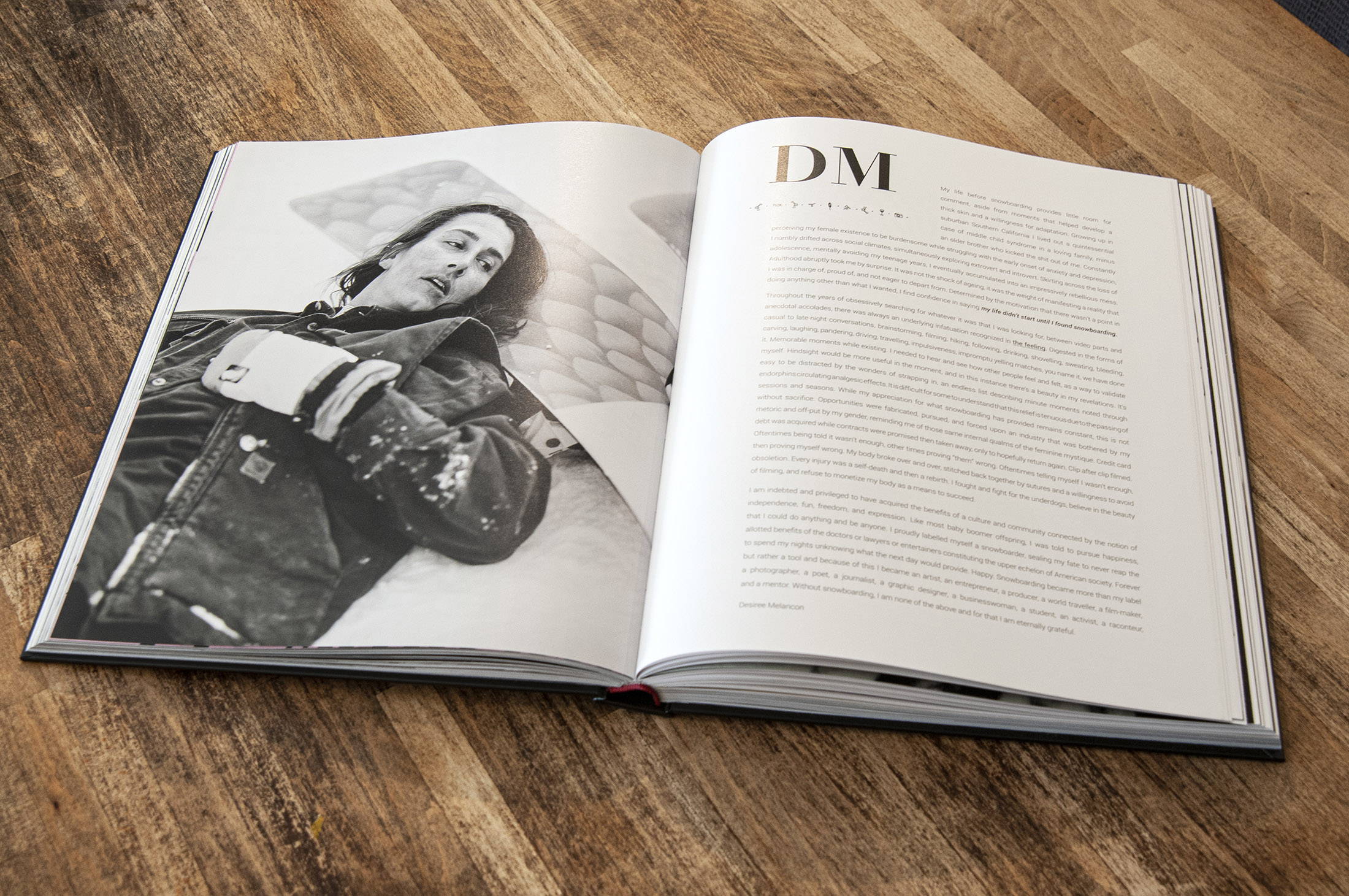 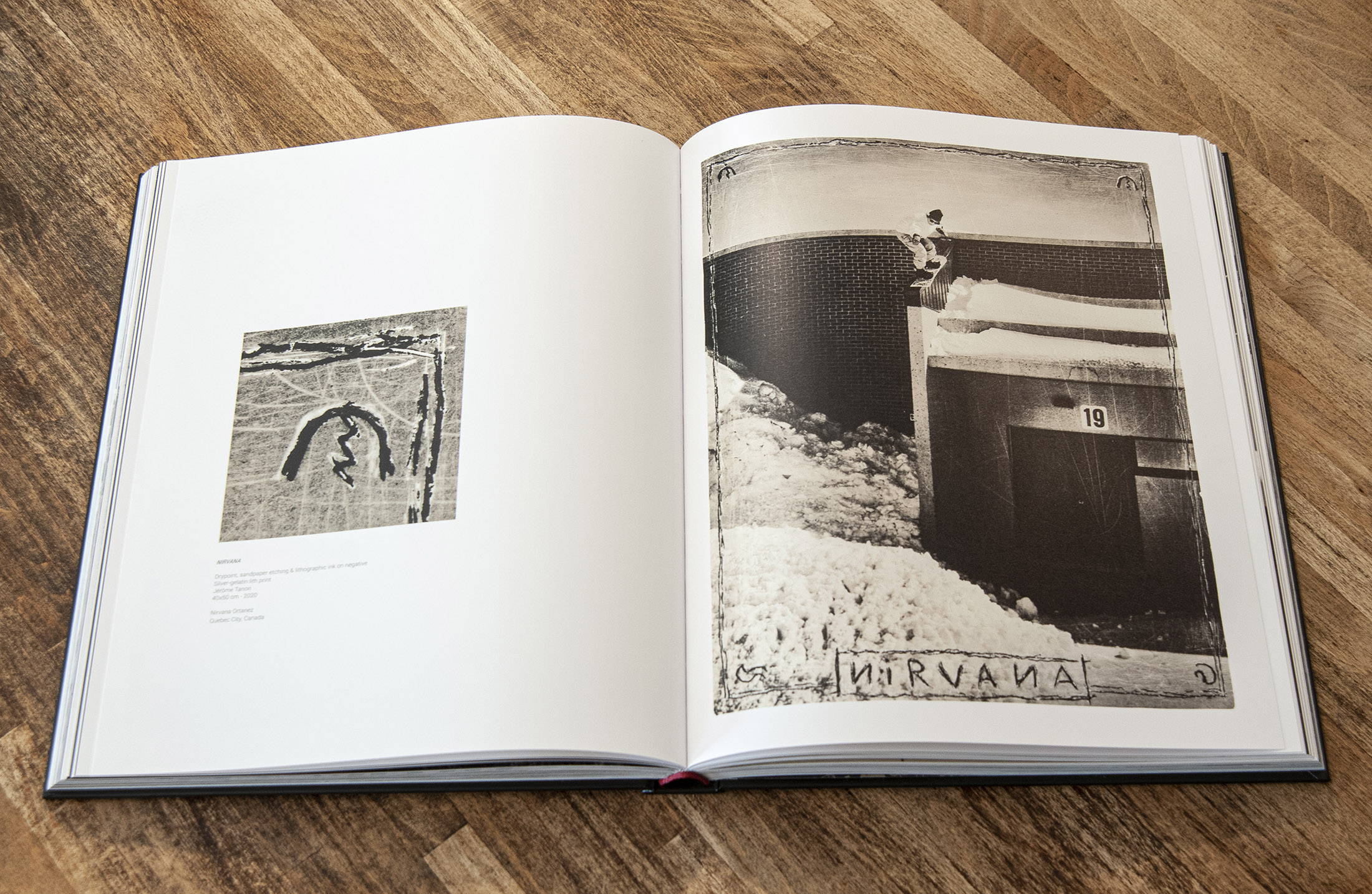 Guppy Friends - Caring for your planet